Welcome to the Year 5 page. Here you will find important information about your class as well as being able to find out what we have been learning about. Keep checking back to see what we have been up to in Year 5!

Tom (who is doing chemistry A-level at the Blue Coat School) came to show us how to make a rocket car. We used the chemical reaction between bicarbonate of soda and vinegar to create enough carbon dioxide to make the car move. It was very messy!!

As part of our Healthy Schools Week, Year 5 had a visit from Claire from Tesco who talked to us about the amount of sugar in different drinks. Claire also helped us to make our own flavoured drinks by adding fresh fruit to still or fizzy water. Also, she took us to Tesco and we looked at where food comes from, how the bakery works and how much sugar there is in breakfast cereal. It was really interesting.

On Tuesday 22nd March we went to meet Richie the ranger at Calderstones Park. Richie took us on a tour of the park and showed us different animals habitats. We all had an delicious ice cream before heading back to school. 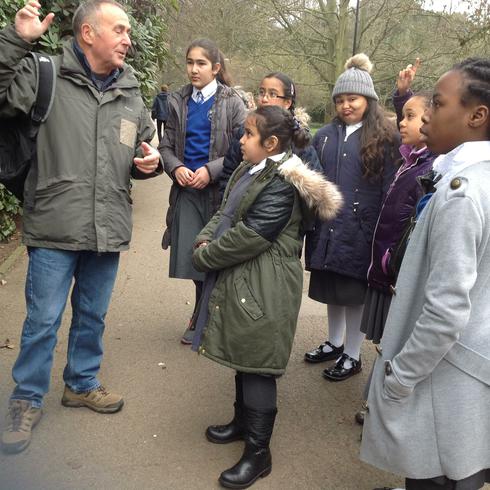 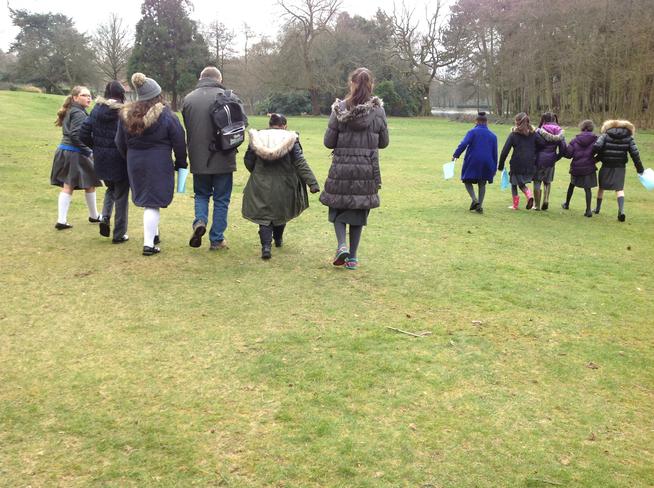 Going out with a bang!

What a finish to our half term! This morning we watched the dance of the Chinese dragon which was even better than last year's performance. It was loud, colourful and very entertaining. This afternoon, we finished off our Stargazers topic by composing and performing a piece of music that would suit the mood of a journey to Venus!

As part of our Stargazers topic, we have been doing some science investigations. The first was to make a self propelled rocket from a juice bottle. We were learning how a chemical reaction can produce a gas that could be used to propel a rocket. The experiment was to find which 'fuel' could produce enough thrust to defy gravity and shoot into the air. Unfortunately, we didn't have much luck, but we did have a lot of fun trying!! Ask the children to explain our experiment to you at home.

The second experiment was to investigate gravity. We decided that one of the ways we could see the effect of gravity is by looking at the craters on the moon that were left in the ground by meteorites landing. Our own version involved flour and several different sized spherical objects. We were trying to find a link between the mass of an object and the amount of force with which gravity acts on it. Again, ask the children to explain our results.

Today Year 5 was visited by Professor Fluffy, Liam and Holly from Liverpool University.

They came to tell us that getting a higher education qualification is the key to social mobility and directly linked to the economic well-being of an individual, their community and the needs of the wider society. We want  the children of St. Anne's to understand that going on to higher education is a normal part of life and a decision that they can make with their family, a decision that could open many doors for them in the future.

Here are some photos of our afternoon with Professor Fluffy.

To finish off our Pharoahs topic, we made Egyptian flat bread in the school kitchens.

Year 5 have been trying to understand the difference between bullying and conflict. We want to make sure sure people know what they can do about bullying.

During Black History Week, we became 'Running Reporters' and researched Rosa Parks. Ask your children to tell you about how her courage changed the segregation laws in America.